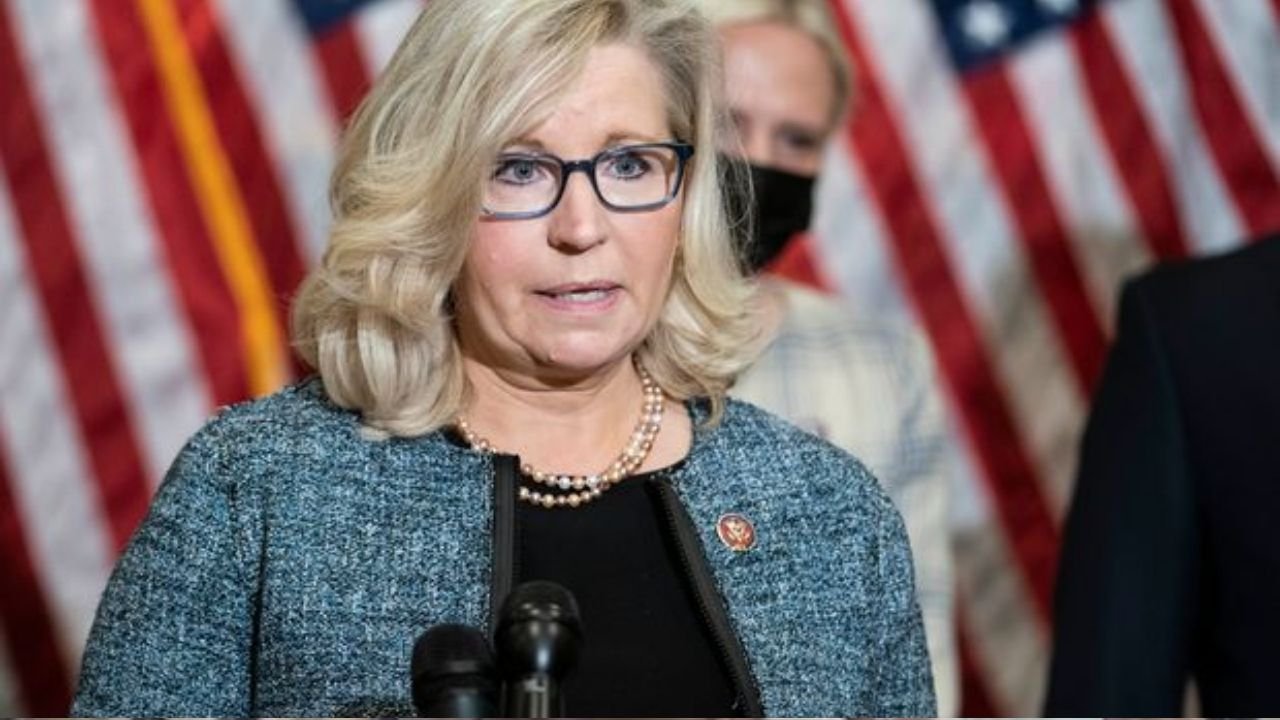 In a closed door meeting, GOP legislators replaced Cheney (R-Wyo.) in a voice as they were saying they had to unite the party to regain the House in the 2022 mid-term elections. Rep. Virginia Foxx (R-N.C.) has made a decision to strip Cheney from her position as Chair of the Conference, leadership of No. 3.

In preparing the remarks, Foxx said that the party lost confidence in Cheney, a former vice-third-term president’s daughter. Cheney serves in the House as Wyoming’s sole member.

“The key objective of our Conference is now to struggle with sound, conservative reforms that will echo and reclaim a majority in 2022,” Foxx said. “Unfortunately, your continued comments that sow doubt with the public on our message and mission diverted us from this purpose.”

“It then seems to me and most others in this House that you can no longer serve us as the chair,” added Foxx.

In a press conference after her dismissal, Cheney said Republicans should not defend the Constitution while endorsing “the Big Lie,” Trump’s assertion that he had been robbed of the presidency.

The lie contributed to the uprising of a multiplicity of pro-Trump backers at the US Capitol on 6 January, who attempted to block legislators from voting to certify the votes of the Electoral College.

“We must proceed on the basis of fact,” said Cheney. “I will do everything I can to make sure that the former president never gets to the Oval Office again.”

“The best way to end the divisive campaign of Speaker Pelosi is by uniting Republicans,” said on Twitter Rep. Ashley Hinson, R-Iowa a radio journalist elected in Iowa’s 1st district in November.

She endorsed Stefanik as “the best guy to unite our conference and assist us in delivering this message to the Americans. We should vote to elect her immediately as our conference moderator.”

The House Speaker Rep. Nancy Pelosi (D-Calif.) thanked Cheney in a written statement for her “courage, loyalty and honesty.”

“The Republican refusal to acknowledge the facts raised by Cheney reflects her refusal of the need to seek the truth in a 6th January committee and to urgently restore the harm caused on January 6 with a security complement,” she added. “Reasonable Republicans around the country must regain their party to our government.”

In February, more than a dozen House Republicans wanted to remove Cheney, but she had enough votes to hold her place and kept her support for McCarthy and Scalise.

On Thursday night, she gave a scathing house address, warning her party that it was heading towards authoritarianism and undermining the rule of law.

“Still deaf, ignorant of the fib, discourages the perpetrator,” she said. “I’m not going to contribute. I’m not going to sit still and listen, while others lead our party down a course that abandons rule of law and supports the former President’s Crusade to overthrow our democracy.

Any Republican legislators went on Twitter to support their decision to remove Cheney and also to applaud her disappearance.

Rep. Lauren Boebert of Colorado tweeted that “Liz Cheney uses her speech points as a CNN commentator to audition.”

Rep. Mike Kelly (R-Pa.) posted on Twitter that he voted to kill Cheney because she did not align with the leadership of Trump.

“The task of the conference chair is to represent the whole of our conference, which she has repeatedly struggled to do,” said Kelly.

“The idea that President Trump’s influence would be eviscerated by a tiny Republican minority was never possible and it was never pleasant,” said Rep. Dan Bishop of North Carolina on Twitter.

“Our constituents insist that we counter the far Left agenda, that we get back to it.”

Stefanik, who runs the Conference Chair unopposed, issued a statement asking her Republican fellow Members to support their attempts to take back the house they lost in 2018, and back up President Joe Biden’s policies.

“We should provide our legislators with crucial talking points to combat the Far Left mainstream narration on the topics that are of most importance to our voters,” she said. “The main cornerstone for our work to restore a majority is a cohesive leadership team.”

“Republicans must be mobilised against the progressive plan President Biden and the Democrats are attempting to turn America against,” tweeted Michigan’s representative Lisa McClain. “I voted today to drive the conference ahead on a common front.”

“Republicans at home made the right decision,” tweeted Georgia Rep. Buddy Carter. “We need a chair that is not the past but on the future. Our nation’s pillars are under siege and we have to strike back. We need a chair that unifies our message against the biggest interference that we have ever seen in our lives.

“I voted to drop Liz Cheney as the chairman of the GOP a second time,” tweeted Georgia’s Rep. Marjorie Taylor Greene. “When Cheney’s Trump Derangement Syndrome is opposed, I stand for 74 million or more Trump supporters.”

Any Democrats came in support of Cheney.

Rep. Jamie Raskin (D-Md) posted on Twitter that continuing to disseminate myths about voting irregularities was a threat to the Republican Party. The Department of Justice under Trump did not find proof of electoral irregularities in the 2020 race.

“Political parties that foster lies and misinformation are setting authoritarianism and fascism in their countries,” he said. “The cancellation by Trump and the GOP of Liz Cheney is a blinking red threat to our democracy.”

Rep. Gerry Connolly (D-Va.) even posted on Twitter that she was doing the right thing though he doesn’t often agree with Cheney, speaking the facts.

He said, “Trump lost and Biden prevailed. “This is also known to his colleagues. That is why the cowards disqualified her by a vote from leadership. Shameful.” Shameful.

“I’ve got nothing or nothing in common with @RepLizCheney but thank her for the bravery to stand up to Coward’s cult of #DonaldTrump,” tweeted Florida Rep. Frederica Wilson.

“All the congressional Wisconsin GOP delegations go down rabid, I mean bunny, pit,” tweeted Wisconsin rep. Mark Pocan. “Sad to see that the GOP’s cultic conduct continues. Leading means sticking up for the facts, while it hurts.”