Coupang, A South Korean Company, Has Filed An IPO For $4.6 Billion In The United States. 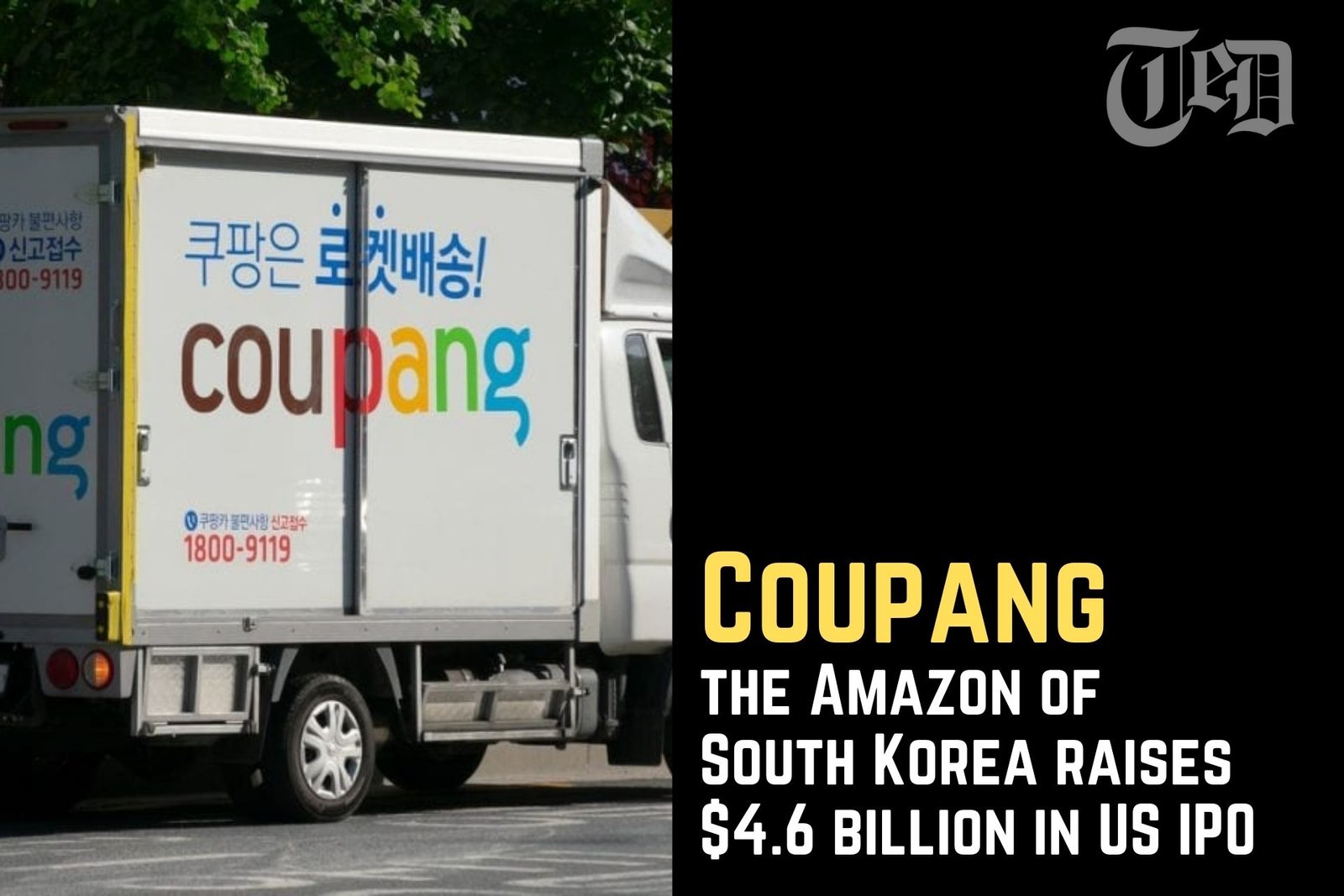 Coupang, a South Korean conglomerate, filed an initial public offering (IPO) in the United States on Thursday, raising $4.6 billion, making it the largest share offering of the year and exceeding its initial price range, according to Reuters (March 11),

Coupang increased the price of 130 million IPO shares to $35 per share, up from the original $32-$34 per share. South Korea’s largest eCommerce platform has now been valued at $60 billion. According to Pitchbook, according to Reuters, the company was valued at $9 billion in the 2018 fundraising round.

According to Park Sang-joon, an analyst at Kiwoom Securities, “having regard to the high level of valuation inherent in pricing, the market gives a generous assessment of the company’s achievement of the highest market share.”

Prior to It’s filing, Bumble’s dating app had raised $2.15 billion in its initial public offering in 2021.

Coupang, founded in 2010 by the Korean-American billionaire Bom Suk Kim, has grown in popularity after offering guaranteed same-day or next-day food, general merchandise, household and other essentials. The company is owned by SoftBank’s $100 billion Vision Fund, which owns 35.1% of the company.

Coupang had hoped to raise enough money earlier this week to increase market capitalization to $58 billion. Since China’s Alibaba became public in 2014, Coupang’s IPO is the largest public offering by a foreign company in New York City.

What’s The History Of Coupang?

Coupang is South Korea’s second-largest online retailer with an annual revenue of more than US$5.9 billion. More than five million unique items are delivered on the same or next day through the company’s Rocket Delivery network. According to Coupang, 99.6 per cent of its orders will be delivered within 24 hours.

In 2010, Bom Kim set up Coupang. Kim, a Harvard graduate, began studying for his MBA at Harvard Business School, but dropped out after six months.

It received US$2 billion of investment from SoftBank in November 2018. BlackRock and Fidelity are two other major Coupang investors.

Related Topics:AmazonCoupangIPOSoft Bank
Up Next