Doge vs. Bots: Release Of A 3D Trailer For The NFT Crypto Game

Doge vs. Bots, an upcoming play-to-earn cryptocurrency and NFT game, has released a trailer showcasing the game’s features. The game stars Doge, the endearing internet meme dog who has garnered attention from Elon Musk and Bots, artificial intelligence-powered futuristic robot dogs that many suspects will have military and security applications in the real world.

Also Read: 3 Steps To Take Control Of The Metaverse

According to the trailer, the game’s plot revolves around waves of killer bots attempting to take over the metaverse, and Doge is tasked with putting an end to them. Gamers will have a blast earning crypto-tokens and non-fungible tokens (NFTs) in this dynamic 3D game powered by Web 3.0 technology.

Nick Lebesis, a serial entrepreneur, created the Doge vs. Bots phenomenon with an experienced collective of artists and engineers. They intend to redefine the metaverse narrative as a whole by pushing the boundaries of their post-apocalyptic world.

Humans communicate and shape culture through narratives, and the best narratives frequently feature heroes. Doge has brought people from all over the world together to witness this massive transformation in progress. That is the type of hero we require, “Doge vs. Bots creator Nick Lebesis stated.

There is a considerable buzz surrounding Web3, the metaverse, play-to-earn, and non-linear time gaming. Not only are we demonstrating a real-world application for this technology, but we’re doing so with the utmost regard for user experience, storytelling, and entertainment value. Doge vs. Bots is going to revolutionise how people experience and become acquainted with these new advancements.”

This newly revealed play-to-earn crypto game pits man’s best friend against humankind’s greatest threat in a battle for the metaverse’s future. The game’s difficulty and rewards increase as each wave (level) passes. Although the Doge vs. Bots game’s official release date has not been announced, interested gamers can view the recently released trailer and follow the project on official social media channels.

Connect with us on social media [ Facebook | Instagram | Twitter | LinkedIn ] to get real-time updates on the market. Entrepreneurs Diaries is now available on Telegram. Join our telegram channel to get instant updates from ED. 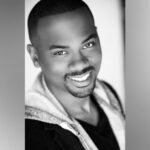 Brando Murphy is an American Comedian Turned Entrepreneur who is ruling the Crypto world through his venture "Bigger Than Race" (BTR). He has astounded people with valuable crypt content through his enterprise Bigger Than Race (BTR).